The latest chip for security, data privacy and trust for IoT and NFC applications

NTAG 424 – especially safe with its own DNA!

The latest development of NXP for the NFC market revolutionizes through a symmetric encryption process with 5 security keys, which secures data and ensures an automatic and secure connection without having to install an own application (APP) on the NFC device. And from now on also on all iPhone X devices (read only). A NFC chip that is copy-protected by its own DNA and thus enables secure NFC applications. (NTAG is a trademark of NXP B.V.) 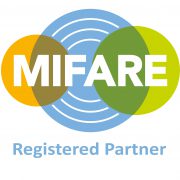 NTAG 424 – the cryptographically encrypted NTAG of the next generation

The NTAG 424 DNA revolutionizes NTAG’s product range with AES cryptographic authentication, which makes data transmission and storage particularly secure. Check the originality of products by simply tapping with a smartphone or NFC tag, without having to install an extra APP. An NFC-enabled device can automatically connect to an online-based service to verify the authenticity and validity of the information stored on it. The NTAG 424 DNA offers flexibility for many different applications.

Get in touch with consumers in real time with dynamic content and enable easy interactions. For intelligent and secure marketing of products or secure online authentication. The NTAG 424 DNA is designed to fit as many NFC tagging applications as possible, especially for increased security.

NTAG 424 DNA is a fully NFC Forum Tag Type 4 compatible IC. The NFC Forum 4 standard defines which mode an NFC-enabled device uses to read or write the NDEF message of a tag / chip. The communication of these Forum 4 tags is based on the ISO Data Exchange Protocol (ISO-DEP) which is fully compliant with the ISO / IEC 14443-A standard. This is based on the NFC-A or NFC-B protocols.

NTAG 424 DNA complies with ISO / IEC14443-4 and ISO / IEC 7816-4. Because of the high input capacity (50pF), the NTAG 424 DNA Tag IC is perfect for applications that requires small products without sacrificing performance. Small NFC tags can be more easily embedded in labels or electronic devices. The mechanical and electrical specifications of the NTAG 424 DNA are tailored to the requirements of the inlay and tag manufacturer.

The most secure NFC chip for your IoT applications

With the different security features: encrypted UID, randomized ID, etc. and its fast speed of 848 kbit/sec, the NTAG 424 DNA offers the best conditions for your IoT application.

Operating of the NTAG 424

The NTAG 424 enables dynamic encryption of NDEF messages on an NFC chip. This means, for example, that an URL or a plain text file saved as NDEF (and is readable by any smartphone) can be created and encrypted by the chip dynamically. In this way, each time a new, individually encrypted code is created and sent – which can be authenticated by the corresponding reader or server.

The special feature of this new NTAG 424 DNA is called “Secure Unique NFC Message” (SUN), which guarantees the most secure communication between an NFC card or an NFC tag and a terminal by generating a unique code. Each time the card is used, a new code is generated, which is sent and verified as a web link from the smartphone in real time to the server. This unique code is based on CMAC information “Cipher-based Message Authentication Code” and can be calculated from the chip UID and / or the counter. SUN Message Authentication also includes encryption – to ensure authentic, securely encrypted and trustworthy data exchange.

To check a message or a chip or NFC card for authenticity, the CMAC standard is used. This means that both transmitter and receiver have a secret key. The transmitter (NFC card) uses this security key and its message or the content of the NDEF message to calculate a MAC code and sends the message and the MAC to the receiver (server). This receiver calculates the MAC to the received NDEF message with the previously shared key and compares the calculated MAC with the received one. With the NTAG 424, a counter (NFC Counter) is integrated in the encryption in order to generate a unique code for each read operation additionally.

The NTAG 424 DNA provides complete traceability for each individual read operation. Through a counter every reading process is written on the card and so a reuse of an old code is made impossible. In addition, this feature allows tracking or determining the frequency of the tag use.

Applications for the NTAG 424 DNA

The application areas are varied and range from increased counterfeit security to geocaching geographic tracking of smartphones. We sum-up a few examples of what’s possible with the new crypto-chip NTAG 424 and how it can make your business model safer than ever before.

Customers can use the NFC smartphone to authenticate a product digitally, and companies can check the originality of their returns. Also, the geographic location of a product can be identified when using a “cloud” based service. This NFC technology is not limited to the form factor of a plastic card. The chip can also be implanted into other printed products such as NFC labels, NFC tags, or NFC key fobs.

For specific proofs such as certificates, warranty cards, certificates or diplomas, origin and authenticity can be checked directly in real time. The encryption of the NTAG 424 chip card ensures that the chip can’t be copied. When trying to copy the content of the chip card and another read out, you will get information that this certificate is invalid immediately.

Digital business cards with chip and the NDEF format

Imagine transferring your contact information to a smartphone by tapping your business card. This is already possible. The so-called “NDEF” format (NFC Data Exchange Format) allows the NFC card to be used directly as a digital business card. Indeed someone could copy this card with conventional NFC chips. If you need a copy protected business card, we use the SUN technology of the new NTAG 413 for NFC cards. This generates a new code with every reading process and only then allows access to your personal data. Each business card is unique. You can order NFC business cards directly from us!

Using intelligent marketing activities based on end-user experience combined with exclusive, personalized content and privileges. For example, with the NTAG 424 DNA, loyalty cards can be made completely secure against hackers and copying attacks. Give your customers direct access to the personal online customer account with card and smartphone. Or use the secure chip to connect to your retailers cash desk to enable your customer to get discounts directly.

Providing confidence in contactless transactions and ensuring the authenticity of discounts, coupons, vouchers and bonus points by preventing misuse and counterfeiting. The NTAG 424 DNA enables encrypted communication with transaction devices, regardless of whether it’s a smartphone, a cash desk or a terminal. For special authentication applications we offer our VariTap and AirDentify solutions.

Enabling secure visitor identification by demonstrating personal presence and confirmation of visitor details. Providing real trust through a traceable history of cards or tag usage and data logs for, for example, people for equipment maintenance, fitters, inspectors, security personnel and more. By reading in the chip, geo data is generated and transmitted simultaneously. For example it can be determined whether supervisor arrived on time and in the right place easily.

Protect Web Services by using a two factor authentication for log-ons to company websites, ecommerce activities, email, social media platforms, and more. Use of secure “one-time codes” (OTC) on card or tag to complete user names and passwords, and link directly to user-friendly landing page by simply tapping with the smartphone. For example, for nursing care of the elderly, or the control of security personnel. Tapping at certain NFC checkpoints confirms in real time that certain locations have already left or that certain tasks have already been completed.

We are here to help you with any questions about the NTAG 424 DNA. Please don’t hesitate to contact us.